The Forgetful Poet of Oz

Remember Percy Vere, the Forgetful Poet, from Grampa in Oz by Ruth Plumly Thompson? Percy Vere is a court favorite of the king of Perhaps City, a tall, towered city of gold set high in the Maybe Mountains of the Winkie Country of Oz. Percy’s the fellow responsible for such literary gems as:


“I looked the maiden in the eye,
I looked her up and down, 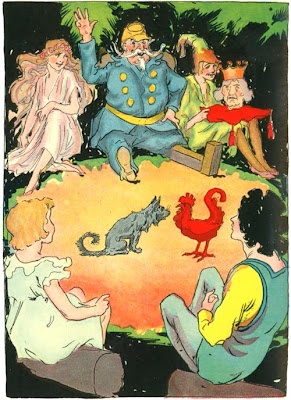 “Oh, muffins mellow light and clear,
Fit diet for a mountaineer;
Oh, muffins pale and yellow!
Oh, muffins sweet to sniff and eat,
How you refresh a – a – ”

“We’ve eaten up a little bacon
And eggs and such and now are takin’
Our leave. Accept our thanks, and you
Should feel a little honored to
Have entertained with humble fare
A really celebrated pair –
A Princess and a Poet, who
Wish you good-luck, good-day, a–”

The only real problem with the Forgetful Poet’s verse is that, as you can see, he doesn’t often complete his rhymes. He seems to forget how to finish them in the middle of composition.

In Grampa in Oz, the Forgetful Poet sets out on a quest to find the princess of Perhaps City. In the course of his adventures he joins forces with Dorothy Gale and her dog Toto. They later meet up with Grampa and his friends – Tatters, Urtha, Bill, and Fumbo’s head. Of course, all turns out right in the end. (Grampa in Oz just happened to be the favorite Oz book of another Royal Historian of Oz, Eloise Jarvis McGraw.)

But Grampa in Oz wasn’t the Forgetful Poet’s first public appearance. Long before Ruth Plumly Thompson took over the mantle of Royal Historian of Oz from L. Frank Baum and placed the Forgetful Poet into Oz, she featured the memory-challenged chap in a long series of newspaper children’s pages for the Philadelphia Public Ledger.  Nearly every week from 1916 through 1921 the Forgetful Poet challenged readers to guess the forgotten endings of his verses and to answer his tricky riddles. Often his partner-in-rhyme, Mr. G. Ography, would join in the fun and quiz the kids about names and places on our globe.

Since August 2001, Hungry Tiger Press has been re-presenting the Forgetful Poet’s puzzles each month for the enjoyment of visitors to our website. To try one or more of the Forgetful Poet’s challenges, just click on one of our free Tiger Tales and scroll to the bottom. Here’s the latest. And here's the list of all our Tiger Tales. Have fun matching your wits against the Forgetful Poet of Oz. And remember, the answers are always featured in the next month’s Tiger Tale. 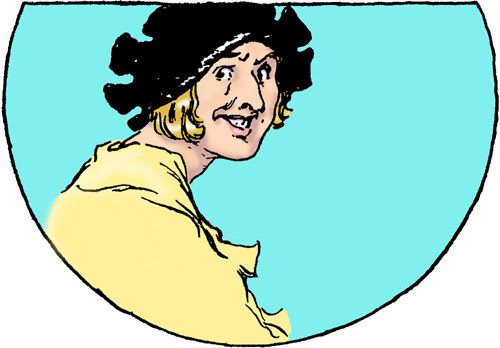 Here's Mari Ness's essay about Grampa in Oz at Tor.com:

I have to wonder whether Mr. G. Ography will ever make it into an Oz story.