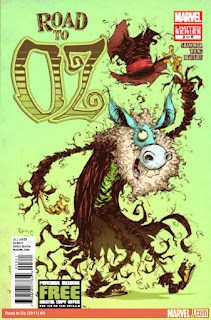 The third issue of Eric Shanower and Skottie Young's picturesque and picaresque adaptation of L. Frank Baum's The Road to Oz has just come out.

The Road to Oz is one of my favorites of Baum's Oz books - though that is generally for sentimental reasons. Another reason is John R. Neill's sumptuous artwork.

However, I am in awe of Skottie's ability to reimagine Baum's Oz books and be both so totally original and yet feel so faithful.

This cover of this new issue features the Shaggy Man after he's acquired his gift-head from King Kick-a-bray in Dunkiton. I can't help but see a subtle connection to the original Reilly and Britton first printing of The Road to Oz from 1909. Both show Shaggy with his donkey-head and both have a green background. I'm pretty sure it's just a coincidence, but I like the coincidence just the same.


Remember that all four hardcover collections of the Marvel Comics Oz books are available at our on-line store - and each can be autographed by Eric Shanower! Here's a link to Dorothy and the Wizard in Oz. The other three titles will be found at the bottom of that webpage. They make GREAT holiday gifts, too! 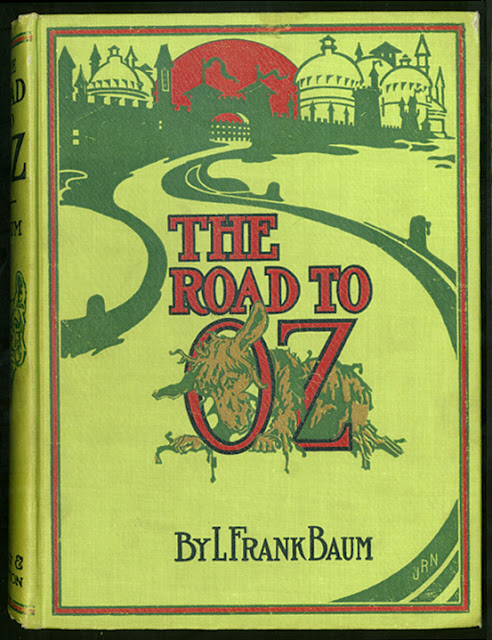