The MARVELous Land of Oz 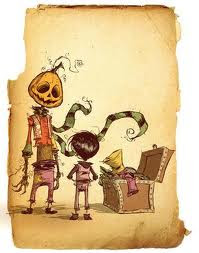 I had no blog planned for today but...

The Marvel Comics graphic novel adaptation of L. Frank Baum's The Marvelous Land of Oz by Eric Shanower and Skottie Young isn't supposed to hit the stores until September 29th - but it seems to be available on Amazon already and is listed as "in stock." Hooray!

It's been climbing the Amazon charts all day long! It's currently the #8 bestseller in Marvel books and its not even officially published yet! Might we hope for another Oz graphic novel on The New York Times Bestseller list?

We will not have copies available on the Hungry Tiger site until late October but if you just can't wait go check the book out on Amazon and add to the momentum! Here's the link

[UPDATE] It seems The Marvelous Land of Oz is available two weeks early everywhere! We're getting reports that it's in all the comic and bookstores. Go get one and spread the word!

My copy arrived yesterday! It's a beautiful book. Can't wait for Ozma in Nov.