You've Got To Be Carefully Taught - BLOG 50!

Wow! Fifty blogs in fifty days! It's really kinda surprising. Today you get the story of how I was introduced to Oz and the bizarrely coincidental twist that set everything in motion. 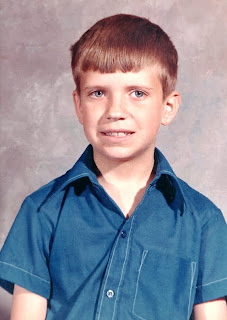 I had first seen the MGM film when I was about four or five, and I had liked it. But my real introduction to the real Oz was in second grade at Monte Vista Elementary School in Albuquerque, New Mexico, where my teacher, Mrs. Strong, read us the Baum Oz books a few chapters a day after lunch. I was utterly hooked and soon made my Mom buy me the Rand McNally paperback Oz books that were just then being released. But there is a fascinating back story to all this that I didn't discover until thirty years later.

As many of you know, in the mid 1990s I became very interested in old, old recordings from the 1903 Broadway Wizard of Oz musical and I began researching and collecting 78s, wax recording cylinders, piano rolls, and the like. The first time I ever spoke publicly about old Oz records was at the 1996 Oz convention in Louisville, Kentucky. Jane Albright, who attended my talk, told me she'd recently heard from an Oz Club member in California who had several old Oz records. Jane suggested I contact her, which I did as soon as I got home. Her name was Virginia Hawthorn. We talked on the phone and Virginia sent me a tape with a number of Oz records on it, recordings of "Sammy" from the 1903 Wizard of Oz, the Scarecrow and Tin  Woodman’s "Football Song," and even a record of some of L. Frank Baum's Father Goose jingles. I quickly found out that Virginia and her husband Tom also ran one of the best vintage recording auctions. I was soon buying lots of stuff from their auctions:  Very little Oz material, but lots of early 1900s pop music and vintage opera.

Well, Virginia and I became friends. We exchanged recording information on occasion. And after Eric and I moved to California, we would meet Virginia and her husband Tom a couple times a year at an old record show, or if Tom and Virginia were down in San Diego we might go to dinner.

Several years ago, Eric and I were visiting the Hawthorns at their home in Roseville, California, and as we were chatting over iced tea I mentioned that I grew up in Albuquerque. And Virginia said:

"Wow, so did I! What part of the city did you live in? Where did you go to school?" 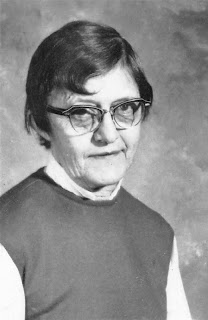 I rattled off various schools I'd attended - one of them being Monte Vista Elementary School where I'd gone for 1st and 2nd grade.

"I went to Monte Vista, too! Who were your teachers?"

In dumbfounded amazement, I said, "You know, it was Mrs Strong who introduced me to the Oz books!" Then the stars fell into alignment, Ozma smiled, and Virginia said,

“Well, I introduced the Oz books to Mrs. Strong!"

Virginia explained to me that when she had been in Mrs. Strong's class, a generation earlier, the class had been very large. And to calm the unruly kids down after lunch Mrs. Strong would read aloud to the class. She asked for book suggestions and little Virginia quickly suggested the Oz books and even brought a few in. Oz became a tradition in Mrs. Strong's class. For twenty-five years, until her retirement, she read the Oz books aloud to a group of eager six and seven-year-olds. I was one of the lucky kids.

So, as you've just finished reading blog fifty, it's important to realize that had Virginia not introduced Mrs. Strong to the Oz books, and had Mrs. Strong not made the Oz books into a classroom tradition, and had I not been in Mrs. Strong's class, well . . . there might just be no Tiger Talk blog, or Hungry Tiger Press, and Eric Shanower might be the husband of someone else!

Special thanks to Mrs. Lena Z. Strong and Virginia Hawthorn for affecting my life so thoroughly.

Hello David,
Thank you so much for giving Mrs. Strong s life on the internet. I was searching for news about her and found all this. Amazing what you've done with the world of Oz. I was in Mrs. Strong's class in 1969 and was also forever changed by her reading to us after lunch. I have never really "returned" from Oz, I don't think.
I also collect as many old copies of the L.Frank Baum books that I can find--for the deliciously nostalgic feelings they invoke. Thank you, Mrs. Strong!

Hello Megan! So delighted to hear of another Oz person recruited by Mrs. Strong! I'd love to chat with you a bit - share other thoughts. I was only one year behind you having been in Mr's Strong's class in the 1970-71 school year. Are you on Facebook?