As almost all Oz fans know, August 21st is Princess Ozma's birthday. And while we could have birthday cake and a glass of Lacasa, I decided to present the story of Ozma and the Lorax. 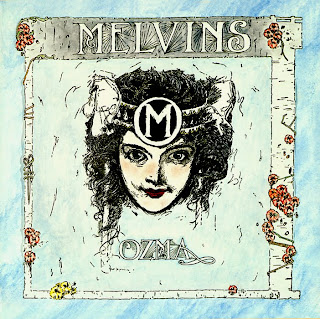 However, in today's blog the Lorax is not Dr. Suess's  moustachioed, tree-loving furball, and Ozma is not our beloved Princess.

Instead Ozma is the name of a record album by the grunge band the Melvins produced by Boner records in 1989. There isn't any Oz content except for the album art, which is taken from John R. Neill's endpaper design for the original edition of The Emerald City of Oz. Note, too, that Ozma's crown has been redesigned to sport an M instead of a Z. 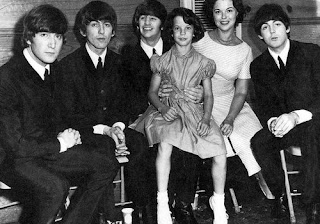 But there is one other Oz connection that some folks may not be aware of. The bassist for the Melvins was Lori "Lorax" Black. And Lori is the daughter of Shirley Temple. Shirley loved Oz from her youngest days, she is long rumored to have been a possible casting choice as Dorothy in the MGM Wizard of Oz film, and she eventually starred in the 1960 TV production of The Land of Oz where she herself played Princess Ozma! Little Lorax was six when her mom starred in The Land of Oz. Pictured above are Lorax, her mother, and The Beatles.

The Melvins' Ozma is really not my kind of music. I suspect it isn't a favorite in the Emerald City either - where, in fact, Eureka and Bungle have started a boycott of the album after they saw the photo of Lorax on the album's liner notes (see below). Apparently they don't like the way Lorax plays with her cat. I've told them that the cat actually doubles as Lorax's bass guitar. Happy Birthday, Ozma! 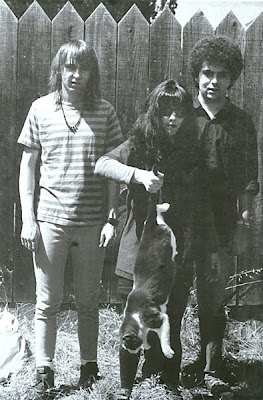 By the way, I found in a clearance bin a CD of Korean anime themes with Oz cover art. The art is pretty cute actually, though no more than the familiar quartet of Dot, Scarecrow, Tinny, and Cowy. So far as I can tell none of the songs has any Oz references -- there are a few lyrics in English, you see. I'm not sure where the darn thing is right now, but I was kinda planning to put it aside for you.

I have always argued against the 21st of August actually being Ozma's birthday. Being that it uses the assumption that both Oz and Foxville use the same Gregorian Calendar that we do.

At the start of the book Dorothy says it's August.

Later King Dox says her birthday is on the 21st of this month...

Still later Dorothy asks Jellia Jamb when the Birthday is.. (why doesn't she know what date it is on the Gregorian Calander?)

The assumption that even Oz and Foxville use the same calendar when seperated by an insurmountable desert (though obviously some communication takes place) is iffy to me.. and to think that it's the same as the Western World more so.

But thanks for the info on the album, I've seen it for sale many times and wondered about it.

@Ozmahime - The use of our calendar is pretty wide spread in the Oz books (e.g. Jack Pumpkinhead's tombstones)so I can't seen any real justification for assuming an inconsistency exists.

@Glenn - Yes the post got wacky! Eric used the word "weird." Somehow after finding Lorax was Shirley's daughter, and then seeing Lorax and her cat, the blog took on a life of its own.

never mind the last comment... I found the reference in question in the Road to Oz, how I forgot about that is amazing... it's in really big font and everything *laughs*. I still may use a separate calender for my book since I'm going for a slightly more rational and serious take on Oz... And I do make a few departures from Baum here and there.

But oops, I feel silly now for holding this argument for so long outside my own series.

I bet Mr. Purrs does not approve of that photo.