How Dorothy Got Carded 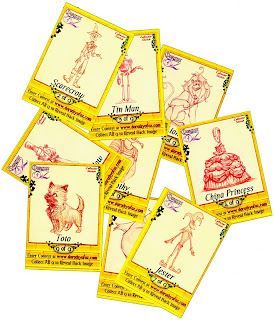 One of the most talked about of the Oz-related freebies at this year's San Diego Comic Con was a trading card set promoting the new film version of Roger Baum's Dorothy of Oz (1989).

The cards were highly talked about because no one could figure out where to find them! There was no Dorothy of Oz booth. Paramount didn't have a booth. So where were they to be found? Were you supposed to go wander the streets of downtown San Diego and hope you would stumble across them?

Actually, that's exactly what you needed to do to find a set! They were being handed out on the street a few blocks from Comic Con at Paramount's off-site venue. Someone botched the publicity on this one!

Ah well . . . eventually a friend of mine found them on the street and brought me a few. Other Oz friends dropped still more off at the table. And then I found one on the floor near the hot dog concession, so I ended up with several sets. Hah!

The cards are moderately attractive on the "character" side (shown above). Each card features a pencil sketch of one of the characters. But the back sides of the nine card set sport a lovely full-color painting of the Emerald City. If the movie looks like the Emerald City, it should be quite a treat - visually at least. Though I must say this is the most phallic Emerald City I have ever seen. 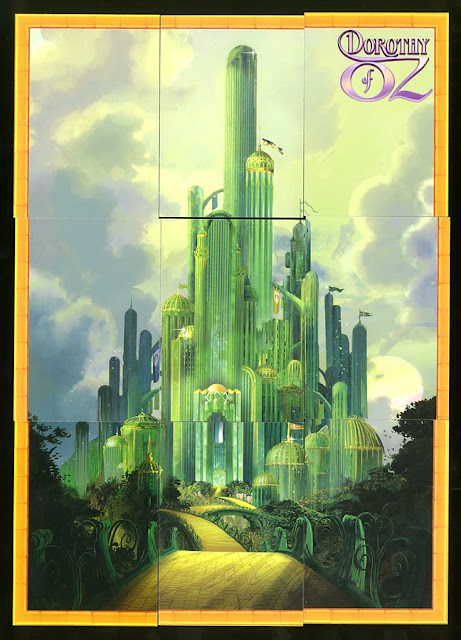 from the screenwriter who brought you Gold Diggers: The Secret of Bear Mountain