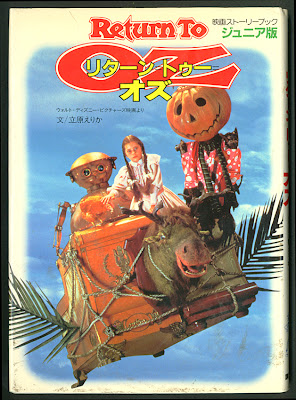 Perhaps this book isn't really a "novelization" but, at 97 pages of text, the story is much more substantial than a picture book. This dust-jacketed hardcover was published in 1986 by Kodansha. It measures approximately 6"x 9" and has a photo from the film on almost every page - some are in color, most are in black and white.

The book also features very nice illustrated endpapers showing characters from the film (see below). There is, in fact a real Japanese "novelization" of Return to Oz - a tiny paperback translation of the Joan D. Vinge American Return to Oz novel. But I'm saving that for another blog. 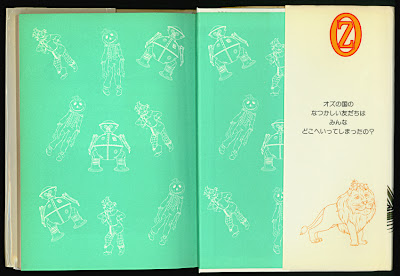 I Cannot wait for that next Japanese Return to Oz Blog!

I mean I CAN Wait, I'm patient.