Detours on the Yellow Brick Road

One thing I most like about both Eric's and my Oz collections is that each have many little sub-collections - detours down forks on the yellow brick road that most Oz collectors have never traveled down. 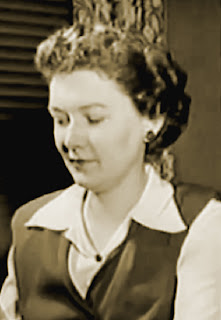 One such Ozzy detour is our interest in Rachel Cosgrove Payes's non-Oz writing. While Oz fans know her for her two Oz books, The Hidden Valley of Oz (1951) and The Wicked Witch of Oz (1993), she also wrote over forty other novels and a lot of short fiction.

While I'm not particularly interested in the Gothic Romance novels she wrote in her latter years, I do have a fondness for her Science Fiction novels (published under the psuedonym E. L. Arch), her Mystery novels, and a small handful of her YA "Career" novels, many of which are quite enjoyable.

Another strong side-road in my Oz collection is foreign editions of the Oz books - I probably have about three hundred at this point, dating from the early 1930s on up to brand-new in 2012.

Today I got a new item that fits in both side-collections - a German edition of Rachel Cosgrove's Bridge to Yesterday, an SF novel first published by Avalon in 1963.  I had expected a regular paperback book to arrive, but this German edition, titled Verlorene Vergangenheit (The Lost Past), was published in 1964 in a dime-novel series called Utopia - a series devoted to Zukunftsroman (future stories). It's very thin, stapled at the spine, with the text printed in two columns on newsprint - it feels like a slightly undersized old-fashioned comic book. 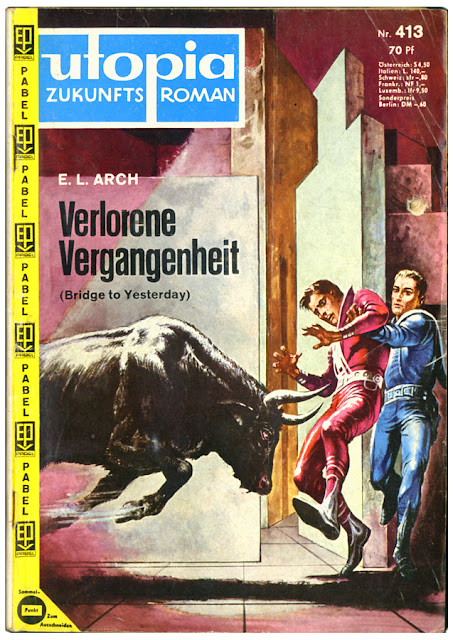 I like the German cover much better than the American cover. The scene depicted is when Leo Tenney and a man he's been chasing run smack into the Minotaur (a bull, anyway) in the Labyrinth at a sort of futuristic theme park which reminded me of Michael Crichton's Westworld - though Cosgrove's theme park predates Crichton's by a decade. 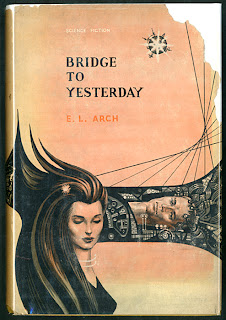 One odd thing in the German edition is a list of the main characters and who they are in the story - well, it gives away a huge amount of the plot, so if you're planning on reading Bridge to Yesterday in German, here's a major spoiler alert! There is a short bonus story at the end of the volume, The Celestial Blueprint by Philip José Farmer.

You can read more about the American edition of Bridge to Yesterday in this previous blog post.

So, dear readers, do you have any odd little detours in YOUR Oz collections?
Posted by David Maxine at 8:00 AM

Not yet. I have Jack Snow's "Dark Music" (along with "Spectral Snow") and several Eloise McGraw books and am getting close to every book L. Frank Baum penned that has been published. And a lot of Thompson.

Unless you count things I got into because of an Oz connection. My dad told me an A Capella group at the theme park he was working at did a 6-minute rendition of the MGM movie and I checked them out and now own all of their CDs and both editions of their DVD. But I don't consider that part of my Oz collection.

Oz led me to talk to people who introduced me to my UK friends who got me watch British stuff. I actually watched my first episode of Doctor Who because a trailer said, "an entire planet of people reduced to sand." Deadly Desert click.

But nothing with really cool Oz connections in it. Not yet anyway.