Just for the Record

My fondness for Ozzy and Oz-related recordings should come as no surprise to my readers - I have Ozzy recordings on everything from wax cylinders to eight tracks, from midis to mp3s.

My readers should also be aware of my interest in Royal Historian of Oz Eloise Jarvis McGraw. I was very excited a couple months ago to find two Oz-related LPs (I had never known existed) that fit neatly into both Ozzy interests.

Three of Eloise's non-Oz children's books were nominated for the prestigious Newbery Award - Moccasin Trail (1952), The Golden Goblet (1961), and The Moorchild (1996). It seems that in the mid-1970s the Newbery Awards produced a series of children's records of Newbery winners and Newbery Honor books. 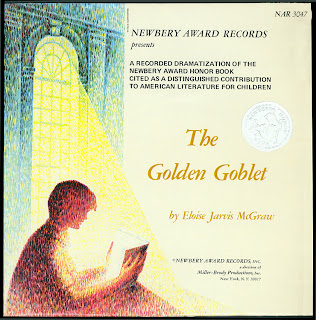 The recordings are limited to one LP record each, and they are dramatizations with music, sound effects, and multiple actors, rather than a "reading" of the text. They are very well produced (as one would expect from the Newbery Awards).

These recordings were clearly made for school room and library use rather than for sale to the general public. The back of each record jacket features a synopsis, list of characters, background information on Ancient Egypt, Oregon, the Westward Movement, etc., as well as vocabulary words and "follow-up" activities.

I find no evidence that this sort of recording of The Moorchild was ever produced, though there is an unabridged version of The Moorchild produced by Recorded Books read by Virginia Leishman. In any case I'm quite pleased to have found copies of these two most unusual Oz-related recordings. 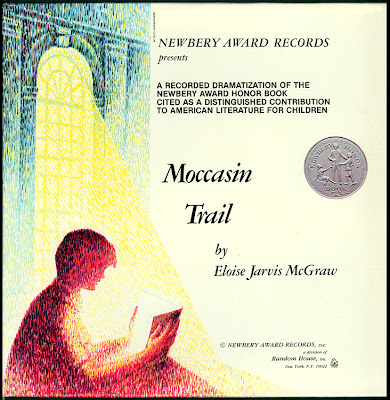 The Moor Child is a very good book, I hope one day it can have a dramatized recording as well.

You know, "the Moorchild" sounds vaguely familiar to me (and not because Bastian names the Childlike Empress "Moonchild" in the book/movie) . . .

. . . I think Jared must have mentioned it to me once or twice!

Moor Child is worth reading Sam! I liked it better than Merry Go Round to be honest!
Too bad Dick Martin couldn't have illustrated this as well!