Thanks to all of you who submitted answers to this installment of Oz Connection. None of your responses were the connections I had in mind, but that's just fine! There is no single correct way to connect someone to Oz!

I've now posted all of the Connection threads that were sent in - so go back one blog and read the comments section to see how our readers' minds work. Okay, here's how I'm connecting these three gentlemen to Oz.

Christopher Plummer is best known for his starring role in the movie version of The Sound of Music. In the film, Plummer's singing was dubbed by Bill Lee who did a lot of voiceover work, much of it for Walt Disney. Bill Lee provided the singing voice for Woot the Wanderer in Walt Disney's 1970 children's story book recording of The Tin Woodman of Oz. Lee, as Woot, sings a love duet with Polychrome, the Rainbow's Daughter, called, "I Found My True Love." In the Disney recording Woot and Poly get hitched! 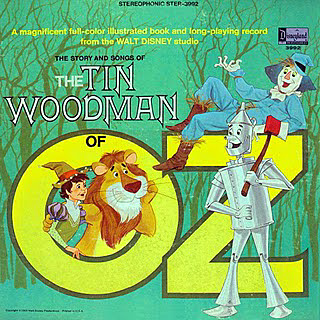 I thought F. Scott Fitzgerald might be too easy because of his very direct Oz Connection. He wrote a short-story called "Outside the Cabinet-Makers" in which a father entertains his daughter by making up a fairytale about the people they see on the street. The father describes all sorts of things, including an ogre, who is "transformed like Mombi in The Land of Oz." The story was originally published in the December 1928 issue of The Century Magazine. I reprinted the piece in Oz-story No. 1.

Last but not least, we come to Ludwig van Beethoven. The most direct connection is that the "Ode to Joy," choral section of the Ninth Symphony also served as the tune to The Seekers' 1967 recording "Emerald City." It's a good song and surprisingly unknown among most Oz enthusiasts. The song lyrics were written by Kim Fowley and Keith Potger (under the name of John Martin). You can listen to "Emerald City" from the YouTube link below: