One of the best times I had in my tenure running Winkie Con/OzCon was the chance to become much better friends with John and Bjo Trimble. They were names I'd known since my early teen years when I was a burgeoning Star Trek fan. Back then I had no idea that the Trimbles were also Oz fans. But they were, and they even attended the Winkie Convention in its early years!

I got the chance to meet them when they and Eric Shanower and I were all guests at Westercon 66. Soon after that great weekend, I invited them to be special guests at Winkie Con 50 in 2014. They were absolute hits! They even participated in the Oz Costume Contest dressed an Aunt Em and Uncle Henry!


Bjo (which is pronounced Bee-jo) also presented me with her old copy of The Wizard of Oz Waddle Book in dust jacket, which I treasure because it was once Bjo's.  Below is an interview (somewhat expanded here) that I did with the Trimbles in 2014 for OzCon.

Both John and Bjo  Trimble say they have found all aspects of fandom, from fantasy to science fiction, to be vexing, disappointing, and loads of fun. They each found their best friends in fandom and married them. Through the next five decades, John supported most of Bjo’s hair-brained schemes (her phrasing!), from chairing conventions, to publishing fanzines, to organizing the “Save Star Trek” letter campaign.

Most of fandom knows Bjo as the woman that saved Star Trek. Bjo explains:


Star Trek was to be cancelled at the end of the second season and Gene Roddenberry was trying to find a way to ask the fans for support. The Trimbles knew how to contact the fans, and the rest is History. Nobody knew in 1967 what an impact that campaign would have; if the show had not had that third season, it wouldn’t have been syndicated (not back then), and if it hadn’t gone into syndication . . . 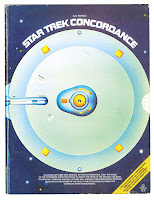 In 1976, Bjo assembled and wrote the legendary Star Trek Concordance for Ballantine Books. She also wrote On the Good Ship Enterprise: My 15 Years with Star Trek (1983).

But what many people don’t know is that John and Bjo are also big Oz fans - involved in the earliest days of Oz fandom in California - including the earliest Winkie Cons. “We have an eclectic interest in fandom,” say Bjo, “dabbling for awhile in such groups as the Mythopoeic Society, a local Sherlock Holmes group, and Oz, of course!”

John and Bjo both served in the Korean War, John with the Air Force, Bjo with the U. S. Navy WAVES. They were married in 1960 and they have three daughters: Kathryn, Lora, and Jennifer. They eventually started their own natural dye and pigment business. The couple says, “People wonder what we still have to talk about, but since we both enjoy books, travel, and each other’s company, our life together has never been boring.”

John and Bjo were co-organizers of the World Science Fiction Convention Art Shows for seventeen years, they co-chaired Equicon Star Trek Conventions and Filmcon Media Conventions, and both are long-time members of the Los Angeles Science Fantasy Society and the Society for Creative Anachronism. Bjo received an “Inkpot Award” for setting up the San Diego Comic Con Art Show and helping set up the Comic Con Masquerade.

Bjo remembers reading her first Oz book around 1940. “I was given a bedraggled copy of The Wizard of Oz by a thrift shop, because it was too damaged to sell. There were no colored pictures left. I had no idea that some books came in sets, so I never looked for any others until I’d seen the movie.” But Bjo well remembers seeing the MGM film for the first time. Her family had to drive twenty-two miles to the nearest theatre, usually to see John Wayne or Randolph Scott westerns. “Only occasionally would we see something like The Wizard of Oz with Judy Garland. I had no idea that books could become movies and was absolutely spellbound.” Bjo soon found there were more Oz books, her favorite being The Emerald City of Oz. Her favorite character is the Scarecrow.
John didn’t discover Oz until a few years later: “I read my first Oz book, The Land of Oz, before I’d seen the movie, probably about 1947 or ’48.” The Land of Oz is still John’s favorite Oz book and the Woggle-Bug is still his favorite character.

In time, the Trimble daughters were introduced to Oz, too. “Our whole family liked Oz books,” says Bjo. “And we had enough people to make up a small Wizard of Oz costume group for a Westercon (West Coast Science-Fantasy Conference) being held in the San Francisco area sometime in the mid-’60s. Blake Maxam (one of the co-founders of Winkie Con) was the Wizard, Lora Trimble was Dorothy, John Trimble was the Scarecrow, and I was Glinda the Good (the John R. Neill version of course).” John adds: “About that time, our younger daughter, Lora, was trying to get us to give her a dog. So she suggested the Oz group, with her little self as Dorothy. ‘Of course,’ she said slyly, ‘I’ll need a dog . . .’”

At that costume contest, the Trimbles met a Scraps the Patchwork Girl and invited her to join them. Underneath that costume was their friend, Felice Rolfe. “She was our hostess, as our family was not staying at the convention hotel,” says John. “It was entirely coincidental. We’d not spoken of our costumes, so no one knew until we met just before the costume parade.”


Most of Baum’s relatives left before or soon after we arrived; they seemed to feel that in showing up at all, they had done their family duty. I tried to talk to one man, who was so bored with the group that he made no secret of it. So far as I can remember, most of the Oz fans made attempts to talk to the relatives, then gave up.

After most of the others had left, Mrs. Baum [this is L. Frank Baum's daughter-in-law, Edna] showed us around the house, and Kat loved all the little nooks and crannies that were just perfect for someone to sit and read. Kat also liked the large kitchen, as did I. Katwen is our mentally handicapped daughter, Kathryn Arwen Trimble. Kat’s innocent 8-year-old enthusiasm is always a hit; people are charmed by her. She loved - still does - the Oz stories, which I read to our daughters whenever I could.


While Oz has not been in the forefront of the Trimbles’ lives in fandom, it has always been there. On the “original series” Star Trek DVDs there is an interview with Bjo. She talks of her part in helping save Star Trek, but in the background behind her during her interview are her Oz books.

Of their lives today, Bjo says, “We are now discovering new delights in old interests, such as Oz fandom. We look forward to many more years with Winkie Con and the wonderful people organizing it.”

I am very pleased to have welcomed the Trimbles back to the Land of Oz.