From Russia with Love

Earlier this year I got a set of little plastic Russian Oz figures. At first I wasn't quite sure what they were, but after a little poking around I was able to identify them with the help of a few Ozzy friends on Facebook. You probably recognize the middle four and Toto, but the woman with the magic wand at far left is the Good Witch of the North (Volkov's Villina) and the figure at far right seems to be the Wicked Witch of the East (Volkov's Gingemma). 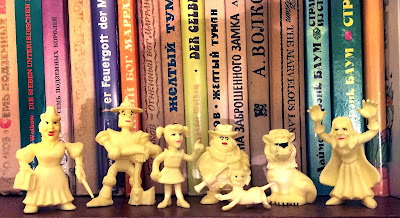 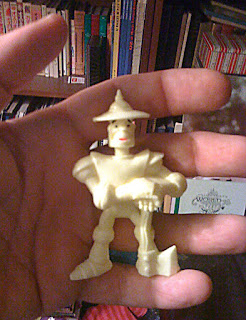 They are based on the characters in the 1999-2000 animated series Adventures in the Emerald City (Приключения в Изумрудном городе). This animated series combined aspects of Baum's Oz with aspects of Volkov's Magic Land. The series included what we think of as The Wizard of Oz and The Land of Oz.

As you can see from the Tin Woodman in my hand at right, the figurines are a nice size. They are very similar to the 1967  "Ozkins" figurines produced by Aurora in the United States.

The card below is said to be part of the packaging for the little figurines. But my set was just the seven loose figures.  The card says: Heroes of the Emerald City. Factory of Children's Playthings Made 11/2002. 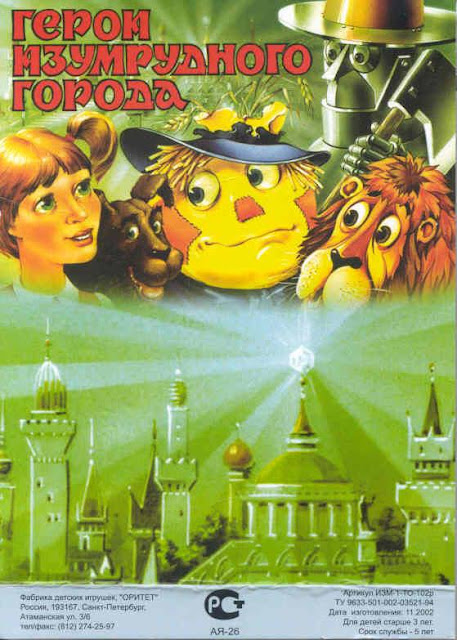 You can watch the animated film via the link below. While it is in Russian, if you know the two stories, that should prove little problem.