I thought you might like an advance look at the super cover for issue #5 of Eric Shanower and Skottie Young's Dorothy and the Wizard in Oz from Marvel Comics. The wooden gargoyles were one of the few things in the Oz books that scared me when I was little. 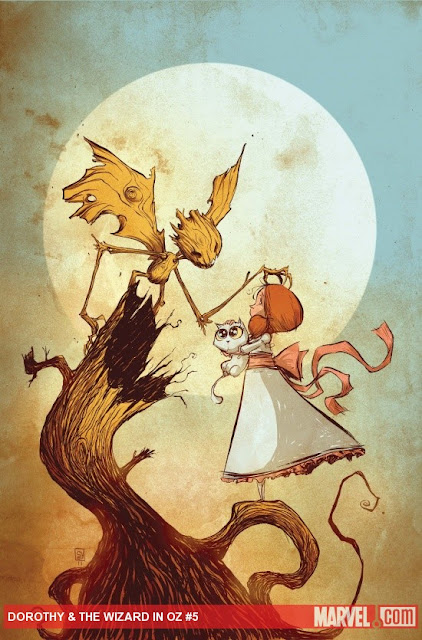 Not too long after I read Dorothy and the Wizard for the first time, I saw a TV movie called Gargoyles (1972) which scared the bejeezus out of me. It was a pretty scary movie - and not badly made for a TV film in the early seventies - but much of the film was set in New Mexico and some of the location-shots were filmed in Albuquerque where I was living at the time, which added a lot of verisimilitude to the movie.

The Wooden Gargoyles still make me think of that movie - so scary!

Can't wait to get #4 this week before the year ends!

In the meantime, I just saw the Wooden Gargoyles, Mangaboos AND Braided man (not to mention Dainty China Country) adapted to the screen on the Polish series DVD #4!!