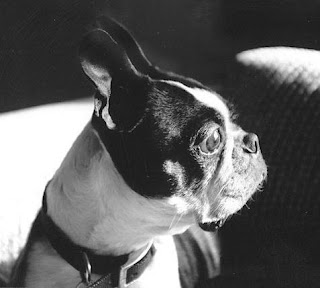 For sixteen and a half years Eric and I had a most wonderful dog child. He can be admired at left. His full name was The Road to Oz - but we called him Road.

He was named after L. Frank Baum's fifth Oz book, The Road to Oz, in which Oz illustrator John R. Neill drew Toto looking like a Boston terrier. Road got to know most of our Oz friends over the years and he attended quite a few Oz conventions with us - sometimes rather covertly.

But at least once, he was not covert at all. That was the year he participated in the 1994 Ozmapolitan Convention costume contest! He came dressed as a Yellow Brick - which made him The Yellow Brick Road. 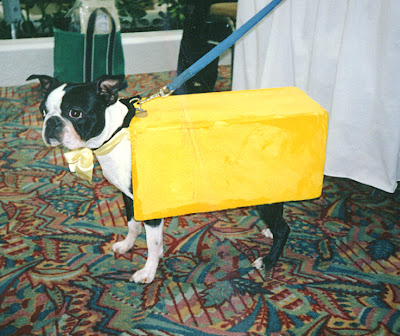 He was very good about wearing his costume, though I am sure he didn't like it very much. Road went on to win a prize, too. You can see him standing in the winner's circle below with my BF Eric Shanower. I do miss Road. 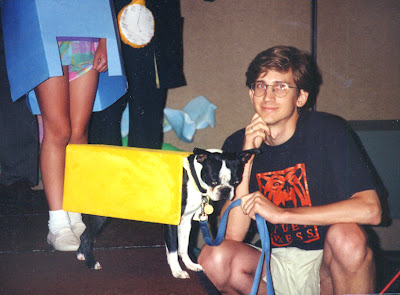 Sorry for your Loss.

May he Rest In Peace.

Animals, be they cats, dogs or even mice have a way of inspiring Love in even the most timid of people. Treasure them while they're here and honor them when they leave. Memories never fade.

I remember seeing him in the yellow brick costume at a Munchkin Convention, too.