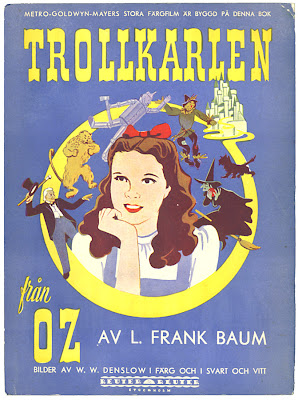 In the last few months I've been able to fill several holes in my foreign Oz translation collection. This is especially nice when I can fill a hole with a book more than seventy years old.

Trollkarlen Fran Oz was the first Swedish translation. As you can tell by the cover it was published to coincide with the Swedish release of the MGM Wizard of Oz film in 1940. The translation is by John Wallin. It was published by Reuter & Reuter of Stockholm.

The back cover (shown below) is also decorated with vintage MGM art including the names of the players in the film. The interior of the book looks essentially like a 1930s American edition of Wizard. It includes many of the W. W. Denslow pictures and about half of the original color plates - each reproduced in the same muted and washed-out colors of the contemporary US edition.

The Swedes never really warmed to Oz until the 1970s when Delta Forlags began issuing all of the Baum Oz books. Delta eventually issued all fourteen - each translated by Oz club member Sam Lundwall, and that set deserves a blog-post of its own, so that's all for today! 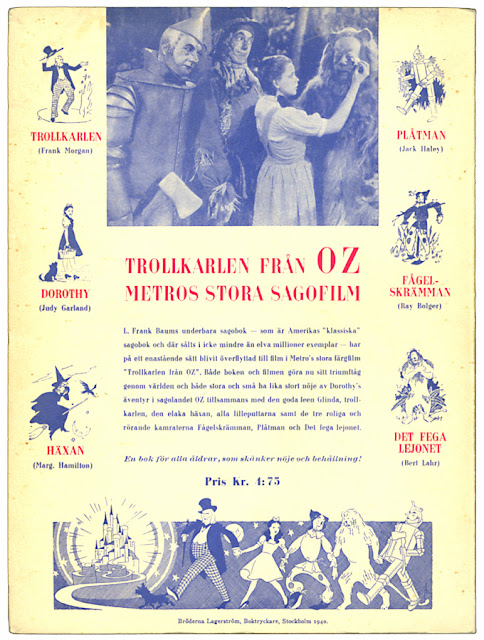