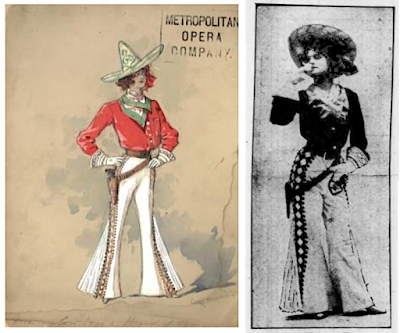 It's so SO GOOD to see you Blogging again and for me to read what you have to say again!
I am amazed at how there are so many photos - no! Production Design sketches for Costumes - there are that you (and Bill) are showing! I have only a few books that involve the Broadway Musical and they never show those pictures THIS Good!

I can see you mention New York, but still How do you two get such good imagery?!
And I hope these get printed and more widely seen for us Oz fans someday!