I have a friend who is slightly obsessed with Disney's Return to Oz - and he is especially obsessed with Tik-Tok! Occasionally I make him birthday or Christmas presents, and this year he got a Tik-Tok Christmas tree ornament. 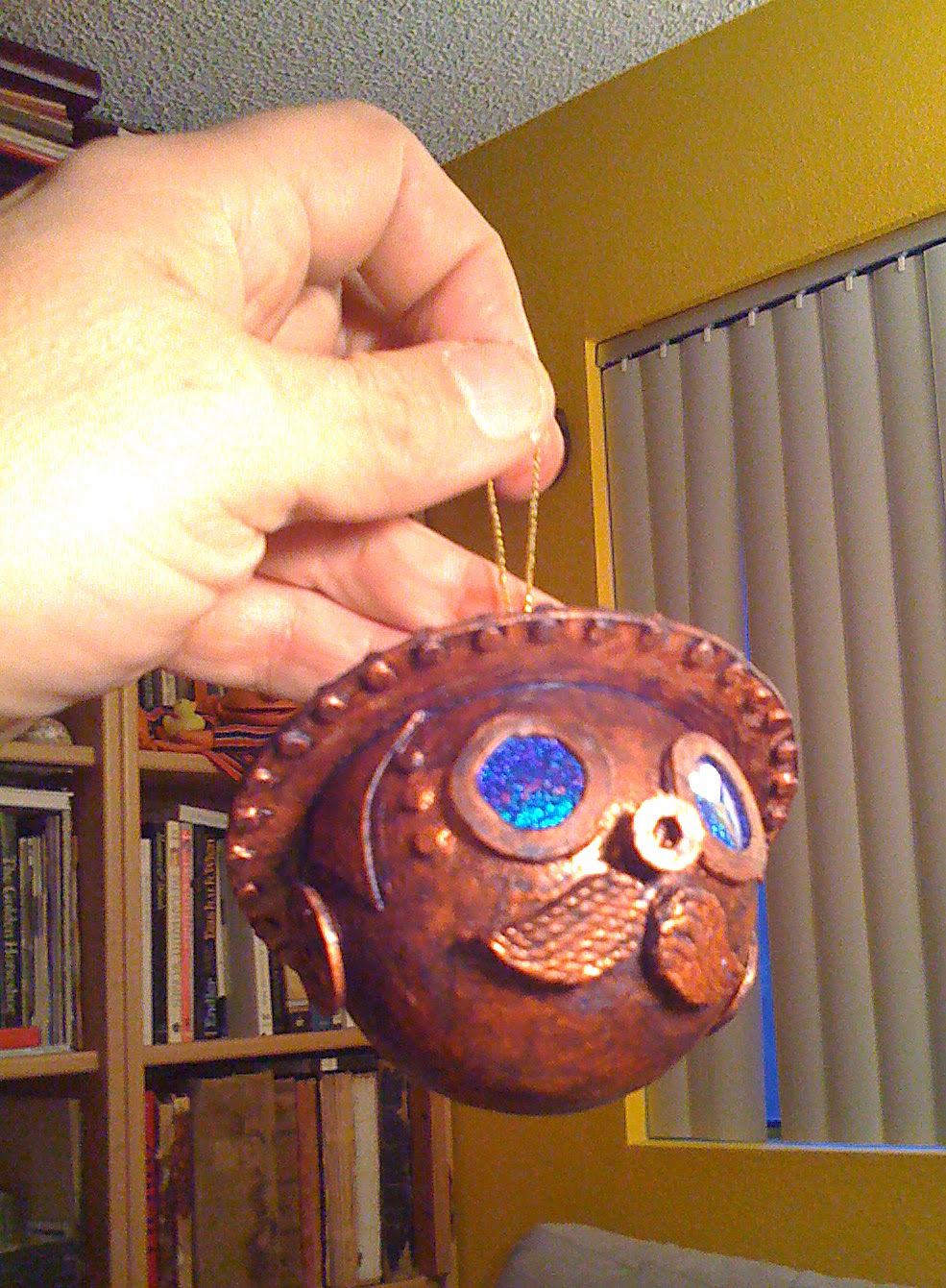 Tik-Tok's head is built around a cardboard sphere using bits of paper, bristol-board, and a plastic screw anchor for the nose. The mustache is string appliqued to a bristol-board base. Once the sculpt was finished Tik-Tok got several good coats of gesso and then some spiffy "copper" acrylic paint. The last step was a deep blue acrylic "oxidation" wash to pop the shadows. I especially liked how the hat came out! 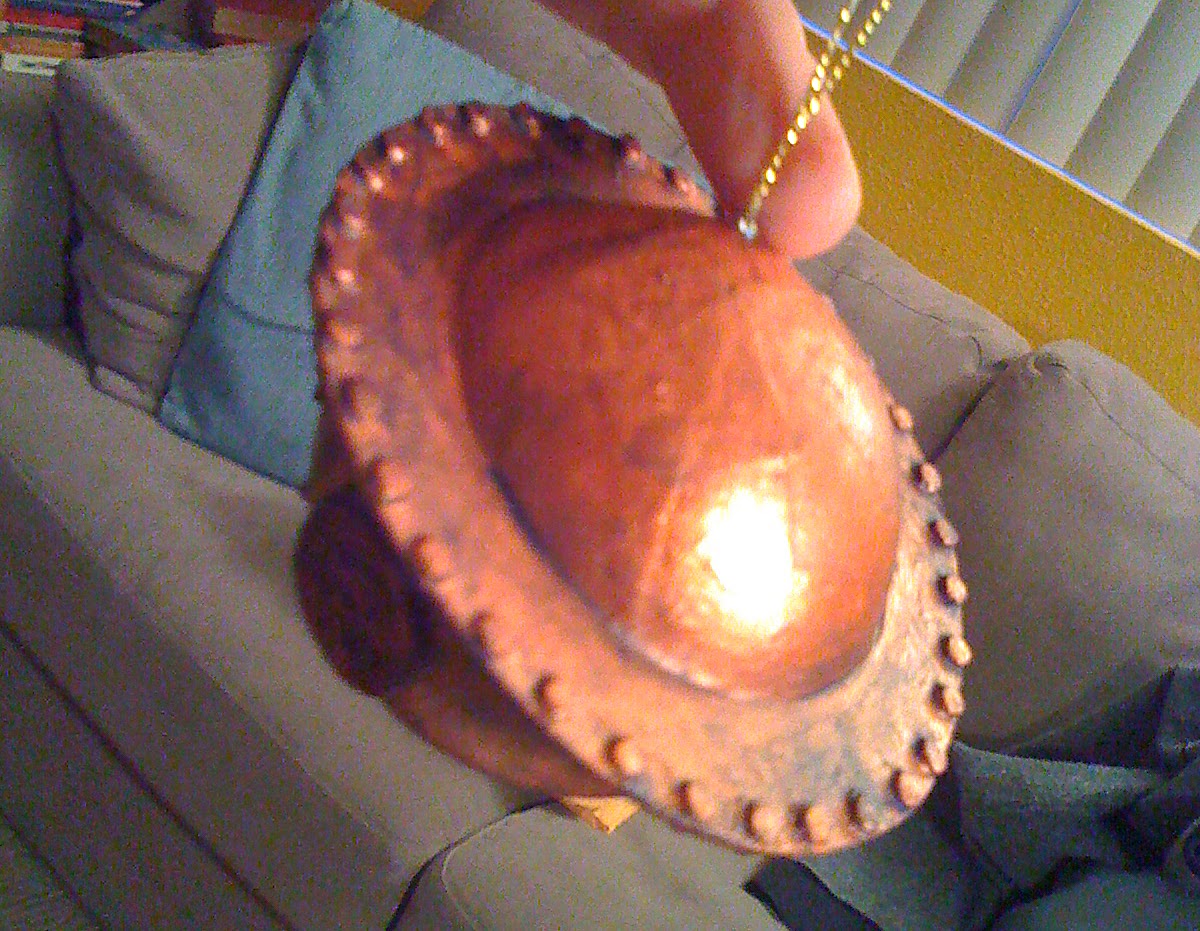 OK, now that I've captured the attention of Tik-Tok fans the world around - I want to let you know that this summer Tik-Tok will be starring in his own stage musical!

There will be a fully-staged revival of The Tik-Tok Man of Oz at the Winkie Con on August 9, 2014 in San Diego, California.

The Tik-Tok Man of Oz is a one-hundred-year-old stage musical written by children's author L. Frank Baum as a sequel to his classic story The Wizard of Oz. The curtain first went up on The Tik-Tok Man of Oz on March 31, 1913, at the Majestic Theater in Los Angeles, California. After a successful Los Angeles run, the show toured the USA and Canada, then closed in 1914.

All the surviving vintage music from the original production will be performed to keyboard accompaniment--including fourteen songs with lyrics by L. Frank Baum and music by Louis F. Gottschalk, additional songs from the original run, Gottschalk's dance music, overture, entr'acte, reprises, etc. There will be twenty-five musical numbers in total.

The Tik-Tok Man of Oz is being produced by Oz author and illustrator Eric Shanower and is being funded through a Kickstarter campaign. The fundraising efforts are going really well and the basic needs of the show have been met. But there are a lot of things Tik-Tok still needs tro make his revival truly incredible. So check out the fundraiser campaign through the link below and please try to contribute a little toward Tik'Tok's triumphal return to the stage! 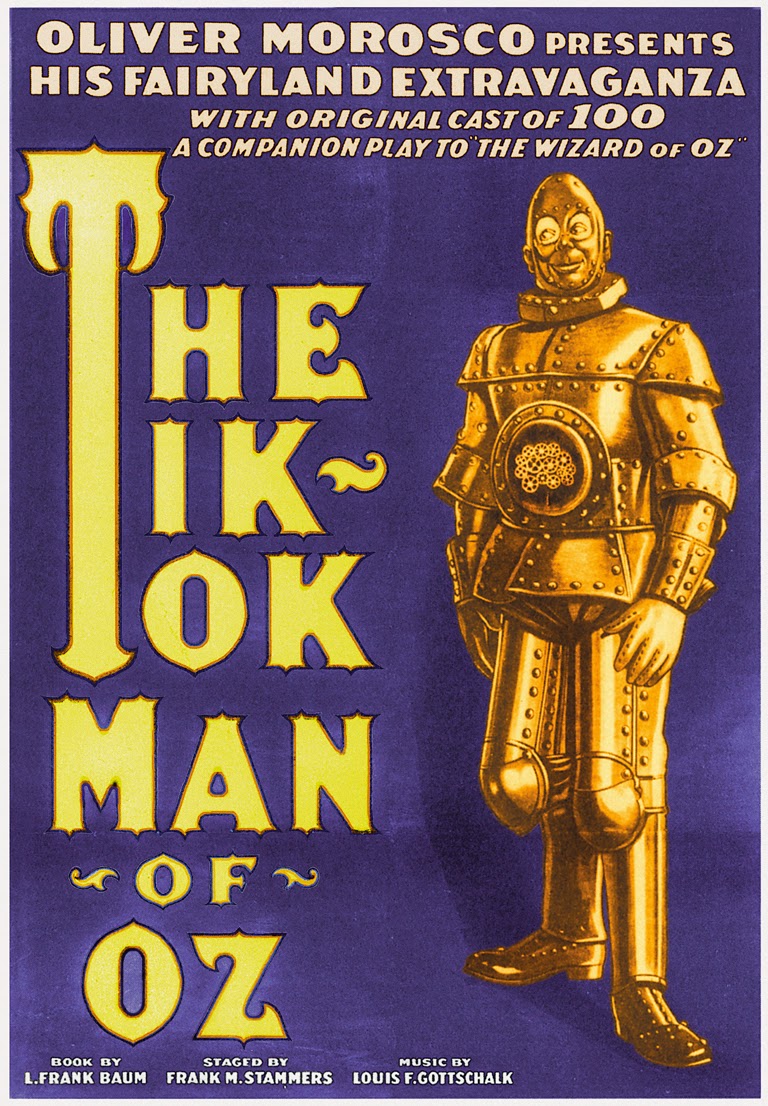 If you want to see The Tik-Tok Man of Oz in August you'll need to come to WINKIE CON 50 - the biggest Oz event of the year. Click here for details!

Great job - I love the rivets!